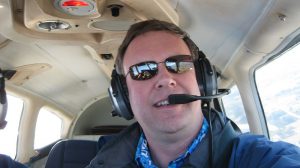 I received a Bachelor of Engineering (Honours; Electrical Engineering; Computer Option; Minor in Management) from McGill University, Montréal, in 1988. In my spare time, I was president of the Interfraternity Council, VP of my fraternity, started a newspaper, played on 3 broomball teams and coached a fourth, and worked part-time writing assembly language software for microwave landing systems for jet fighters at Canadian Marconi (the MLS system I worked on was installed on Air Force One in March 1988).

After graduation, I moved to Toronto and worked at IBM Canada Headquarters on their volume products (e.g. PCs and components) inventory forecasting and supply/demand systems–heavy mainframe programming in PL/I, DB2 databases, and ISPF.

A couple of years later, I broke away and started consulting, working under the auspices of ProCom, doing mainframe database and ISPF projects for Esso Petroleum. While at ProCom, I developed and taught a C programming class, helping bring their staff of very experienced COBOL programmers into the (then) modern world of C.

In 1992, I picked up my life and moved to Portland from Toronto, going to work at Intersolv on the PVCS version control developer tools for several years.

In the late 1990’s, I was a consultant at STEP Technology in Portland, Oregon, and worked on teams creating everything from Windows applications to e-commerce websites, with a number of very large projects in the online banking and real estate industries. In my last year at STEP Technology, I created a small team of highly specialized experts (including Scott Hanselman, Bruce Wilson, and Rob Vieira) that consulted to all of the company’s projects.

In 2001, I co-founded TheBigDay.com, a honeymoon registry and travel company with Terry Beard, Dan Skerritt, Phil Stevens, and Larry Custer. Here is where I “went to school” on web search optimization, learning how to get our webpages ranked in Google for key honeymoon travel phrases such as “overwater bungalows” ahead of the giants in the industry like Expedia and Travelocity. As well, it gave me the opportunity to learn a lot about business and entrepreneurship–especially from Terry, who also introduced me to the Rotary Club of Portland, which I joined in 2003. One of our proudest moments at TheBigDay was receiving a Better Business Bureau “Business of the Year” award for Oregon.

In April 2011, I launched Visual Itineraries, a consumer travel planning website. Then in 2017, I launched Bright Yonder, a sales closing and lead-generation tool for travel agents which allows the agent to present a trip itinerary consisting of a custom selection of resorts and points of interest, each with photo galleries, videos, virtual tours, webcams–all shown on a dynamic Google map.

In 2021, I launched Realty Remotely, a workflow, communications, and marketing services company for real estate professionals. I’ve got introductions to all of my websites at edocr.

As well as my independent consulting, I am an Associate at Moz, answering questions from PRO members in their Q&A forum, and contributing articles to the Moz main blog fairly regularly. I’ve been on the board of SEMpdx as well: a non-profit that puts on monthly educational events and the annual Engage (formerly SearchFest) digital marketing conference. Since moving away from Portland to Bend, I’ve left the SEMpdx board, and will be helping with the Swivel digital marketing conference here in Bend. 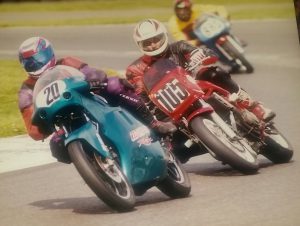 I enjoy photography, riding motorcycles (I raced with OMRRA for 7 years), travel extensively, mess around with collector cars, and a few years ago became a private pilot (although I’m not current).

I’m fairly active on Facebook as well. Slide decks from some of my public presentations are available on SlideShare, and some are on Issuu. Sometimes I’ll do little experiments like this one on Constant Contact.

In December 2015, I relocated to Bend, Oregon with my son Benjamin to enjoy life a lot closer to the great outdoors. I’m a board member of the Rotary Club of Greater Bend. 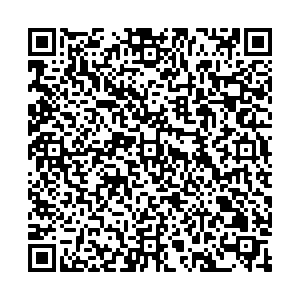 If you search for me on Yahoo, you’ll also find some other Michael Cottams, including an English cricket player, and a fascinating article about alternate explanations of why bison wallow in tall grass. Personally, I was pretty happy with the regular explanation :-).

Point your smartphone camera at this QR code. It’s got all my contact info in it.